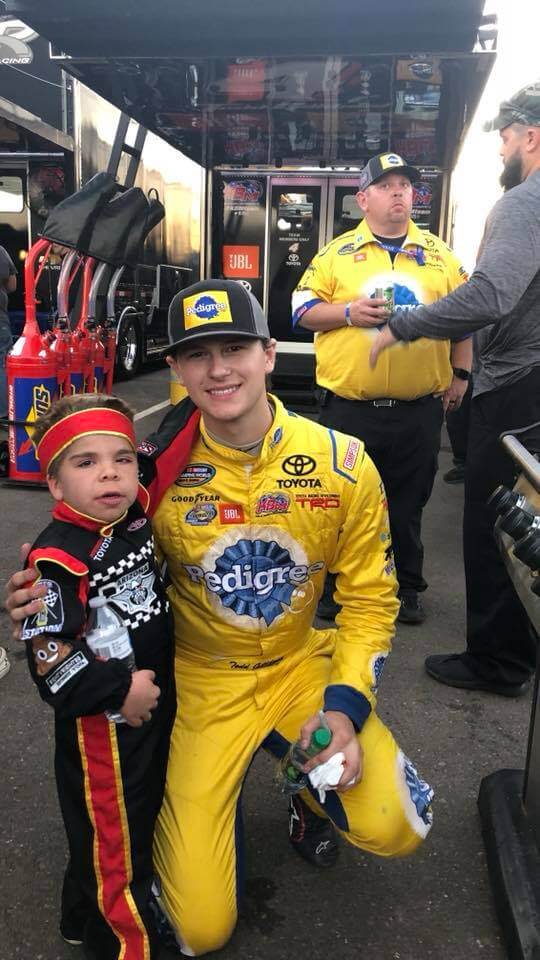 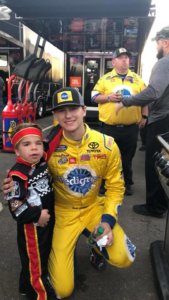 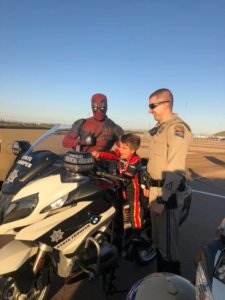 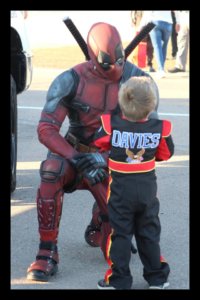 Right Toyota in partnership with the Toyota Denver Region and the Arizona Tundra’s Group joined forces to get Brendan Davies, 8 and his brother Wesley, 12 a once in a lifetime NASCAR experience.

I Met Brendan Davies and his family back in April 2018 at a charity fundraiser.

Brendan has been battling illness since he was a few weeks old. At 18 months he was a heart transplant recipient, a few years later he developed a form of cancer most recipients are prone to. Brendan went into remission and was cancer free for the past few years. As of 2017 Brendan’s health has declined and he is now battling lung disease and cancer in his lungs. Brendan is now on Palliative care and classified as terminally ill. Palliative care keeps Brendan as comfortable as possible, by managing his pain and other distressing symptoms. It also involves psychological, social and spiritual support.

When I met Brendan, I was told that his brothers are involved with the Big Brother program but Brendan isn’t a part of any programs due to his illness and the fact people are afraid to bring him out socially. I volunteered to become the families “WISH BUDDY”. I spend time with Brendan and his siblings working on a wish list they complied. The list gets longer every week! I was able to take the boys to their first COMICON, AZ Diamond Backs baseball game where they got the meet the players, countless movies, dinners & dessert outings! We were also successful in raising enough money through a GoFundMe campaign to get mom a New (used) Toyota Camry.

Recently, the kids wish was to go go-cart racing. I tried to find a location locally to make this wish come true but wasn’t able to find a location that would allow Brendan to drive in a go-cart. So, we came up with a plan to take Brendan and Wesley to NASCAR. Brendan has a passion for 3 things, Motorcycle, Trucks and fast cars. It took a few weeks of planning but we were able to get Brendan to NASCAR.

The day included all the things he loved! Brendan was escorted to NASCAR on November 9TH to ISM Raceway by a dozen Motorcycle officers from three different agencies, 75+ lifted Toyota Tundra trucks convoy. Did I mention they shut down the freeway to transport the boys? Well, yes that happened! Once we got to NASCAR the boys were able to do some burnouts in a Police racecar and meet their favorite Marvel Comic Character Dead-Pool. The day ended with the boys being able to meet all the drivers, get some autographs, give some autographs and finishing off the night playing videos games in the campgrounds with our friends from a local radio station. The day was magical for everyone involved! I am truly blessed that Mom trust me to be the kids “Wish Buddy”. Next wishes on the list include: Guitar lessons, WWE in January to hopefully meet his favorite wrestler John Cena.

Thank you to everyone who played a role in making this happen. Please keep Brendan & his family in your prayers and remember wishes do come true!

This tool allows you to look up official EPA fuel economy ratings for vehicles back to the 1984 model year.